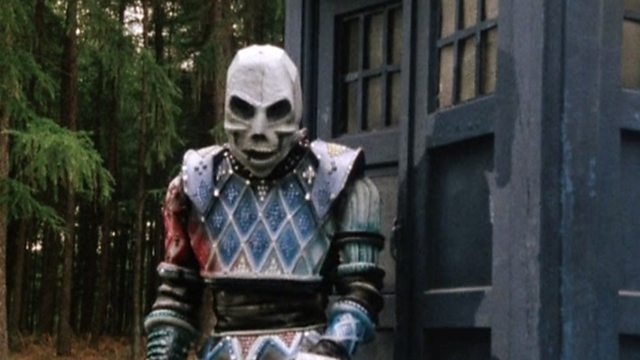 I have appeared before some of the most hostile audiences in the world.  Today I met Death in a cellar.  But I have never been so afraid until I met the man with the scythe.

Failing to take Tegan to Heathrow Airport, the TARDIS lands in the 17th Century.  After exploring, the Doctor and his companions find a space capsule has crash-landed, and three Terileptil prison escapees intended to wipe out the population of the Earth by releasing rats infected with an enhanced form of the great plague.

The Visitation is a notable episode in Doctor Who history for being the debut of Eric Saward, who would play a major role in shaping the tone of the show as the script editor.  This doesn’t feel as dark, violent and grungy as some later Saward stories would become, however, and it largely comes across as an enjoyable if rather a straight-forward romp for the Fifth Doctor and his companions. 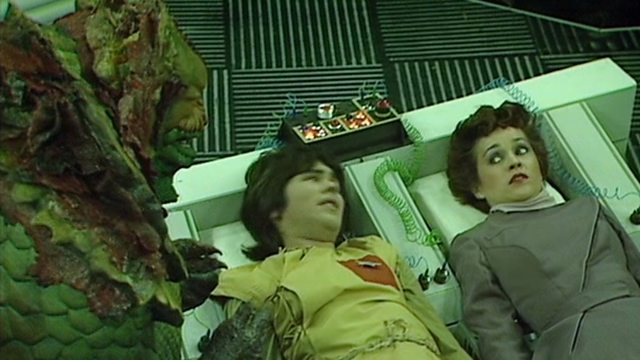 The story feels really atmospheric, largely because of the large amount of location filming and the amount of research that Saward did into making it feel authentic to the period.  The story is notable for being the first since Horror of Fang Rock to solely be set on Earth, and while it’s a pseudo-historical tale, it feels true to the period.  There are hints of the violence that would come to be synonymous with Saward’s time as script editor, with the Doctor being involved in hand to hand combat and the killing of the family at the beginning of part one.  It is far from a perfect story, and feels quite straight forward in places, and only features one really developed guest character in the shape of Richard Mace.  Peter Moffatt’s direction is, as usual, pretty standard and fairly non-descript, but he is well known for having happy casts and crew and this may have helped some of the performances here.  One of the biggest problems with the story are the scenes with Nyssa making the sonic booster on the TARDIS, which seem to just be there to fill space without really adequate explanation of why Nyssa is doing this.

How do you feel now?

Almost your old self.

I do quite like the Terileptils, especially their design and the use of animatronics to give them more expressive faces.  This is all the more impressive considering the limited budget that they would likely have had to work on in this story, which is essentially a period drama, thereby requiring lots of costumes and hair work.  The remaining Terileptils plan to commit genocide by modifying the plague to make it all the more potent is quite a good idea, and the fact that Terileptils are fond of beautiful items is an interesting element to add to villains that could be quite one dimensional.  The android still to this day looks pretty decent, except for the cricket gloves, but these can be overlooked in the grand scheme of things. 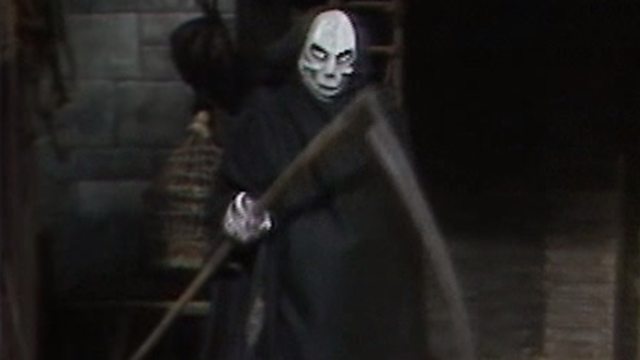 With regards to the central cast, Peter Davison is pretty solid here as the Doctor, and I particularly enjoy his frustration and resignation when he is told that he is going to be executed is superb.  He also gets to spend some time away from his bickering companions, which seems to be just in time for the character, as I think he is ready to just leave Tegan at the next destination he comes to.  This being said, there are signs of a promising relationship between this incarnation of the Doctor and Nyssa, with them exploring the house, showing the same kind of inquisitiveness.  Sadly, Tegan is pretty insufferable, being written as being determined to get back to Heathrow rather than actually appreciating the situation that she is in, whilst Adric yet again gives up the fact that the Doctor is a time traveller yet again!  Fortunately, the saving grace of the story is the performance of Michael Robbins as a failed actor turned highwayman Richard Mace.  Robbins has fantastic chemistry with Davison and steals every scene that he is in, which is perhaps fortunate.  Every other guest character in the story has no development, and is under the control of the Terileptils for the majority of the story, which feels like a bit of a waste, all things considered.

Verdict:  A good story which does suffer sometimes with pacing and being a bit too straight forward.  6/10

I quite like the ending of Part Four, showing the Doctor’s actions in stopping the Terileptil plot causing the Fire of London.

Where is this Doctor from?

He’s never told us.  He likes to be mysterious, although he talks a lot about…er, Guildford.  I think that’s where he comes from.

You’re being a very stupid woman.

That isn’t a very original observation.