SPOILERS FOLLOW AFTER THE IMAGE. IF YOU HAVE NOT SEEN TWICE UPON A TIME, GO AND WATCH IT, THEN COME BACK! 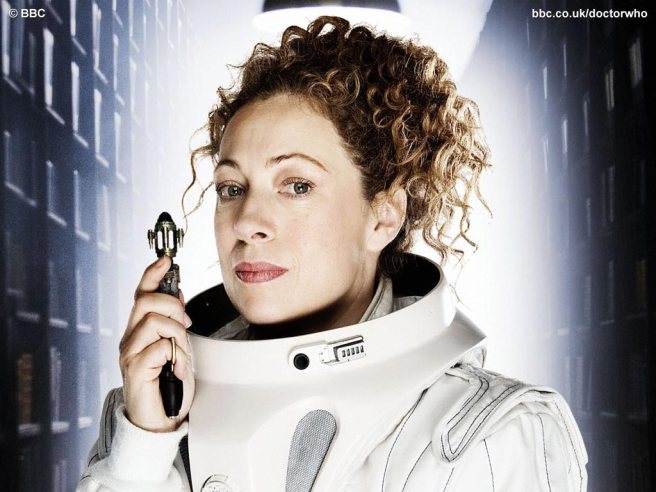 The Twelfth Doctor bows out in this year’s Christmas special, capping off four years in the TARDIS, however, this is perhaps a rather novel idea for a regeneration story, as the Doctor has already suffered the fatal injury to trigger it.  This actually allows this to feel much more of a fun adventure than constantly waiting for something horrible to happen to our favourite Time Lord.  It also features the First Doctor, who is played by the third different actor in the show’s history, David Bradley, and no matter what, multi-Doctor adventures are always fun!

So, to the most pressing issue: David Bradley.  Does he make a good First Doctor?  Looks-wise, he looks very similar, and performance wise, Bradley does well in capturing the core of Hartnell’s Doctor.  Of course, he’s never going to produce an identical performance – the ‘Billy fluffs’ are absent, for one – and there has been some criticism that I have seen of his overly misogynistic dialogue, but I can honestly say that this did not bother me.

There is no real threat in this episode either, with the Glass Woman and Testimony being a means of archiving someone’s memories at the point of death, rather than being a genuine threat.  This allows Bill to return in quite a satisfactory way, without undermining her departure in The Doctor Falls.  This also allows the return of Nardole (Matt Lucas) towards the end of the episode, which is also a nice touch.  Mackie provides another strong performance, and despite having only spent one series with her, I feel that Bill will be a great loss to the series.

Mark Gatiss’ performance as Captain Archibald Hamish Lethbridge-Stewart is also a strong one, as it had to be, as this episode is essentially a four hander.  The mystery over who he was playing was solved as soon as he first mentioned his family to Bill in the TARDIS, but I liked the reveal anyway, and helps make sense of why the Doctor remains so fond of the Brigadier and Kate, despite occasions like The Silurians.

If I had to pick a flaw in this episode, it would be the return of Rusty the Good Dalek. It is nothing against his inclusion, more to do with what it does for the pace.  This exposition dump does absolutely drain the pace the episode has built up so far, and you can almost feel the episode struggle to get that pace back again.  It is nice to have this plot thread tied up, but there are others from the Twelfth Doctor’s era on the show that maybe feel more worthy of inclusion here.

Finally, we come to the regeneration scene(s).  The farewell to Bill and Nardole is very touching, and I was genuinely surprised to see Nardole.  I was less surprised to see Clara (Jenna Coleman), however, despite my personal feelings about this, it is good to see her and great to see that the Doctor now has all of his memories of her back.  I also personally prefer the speech the Doctor gives before he enters the TARDIS, to the speech before regenerating, giving advice to his future incarnation, but both are equally suited to Capaldi.

Then we get to the regeneration.  I love the fact that we have another explosive regeneration, which destroys the TARDIS – as much as I love that console room, it is time for a change.  Then we get Jodie Whittaker’s Thirteenth Doctor. 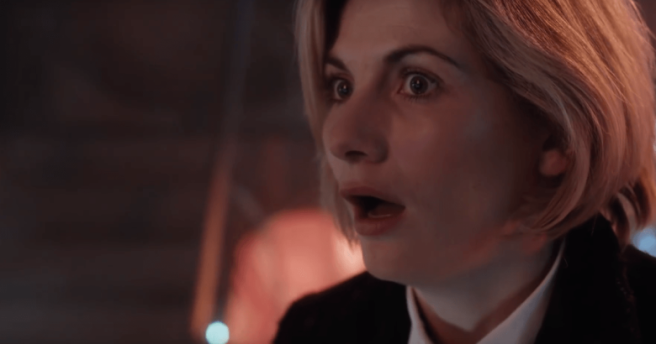 Initial thoughts: She’s keeping the Yorkshire accent! FANTASTIC. In the brief two minutes we get in her company, we get a typical regeneration issue – the Doctor can’t fly the TARDIS.  Admittedly, this ends with a slightly more perilous aftermath than Matt Smith’s, with the TARDIS disappearing and the Doctor hurtling towards the ground, but my initial thoughts were to think of the end of The End of Time and the beginning of the Eleventh Hour.  It is too early to call on Whittaker’s Doctor by far, but I’m really looking forward to the journey!

Best Quote: “Time to leave the battlefield” – The Twelfth Doctor

Best Moment: The Doctors returning Captain Lethbridge-Stewart to the First World War, only to reveal that the Twelfth Doctor has in fact, adjusted the timeline to the Christmas Armistice.  There were tears in my eyes.

Close second to this is where the Captain and the Twelfth Doctor are talking in his TARDIS.  “What do you mean, [World War] One?”

Goodbye and thank you, Peter, Pearl and Steven.  A very warm, festive welcome to Jodie and Chris! Here’s to the future. And a very Merry Christmas to all of you at home!

View all posts by eddsutch92