The Doctor, Rose and Mickey investigate strange events occurring in Deffry Vale High School, where some children have impossible knowledge.  Whilst the Doctor is undercover as a teacher, he bumps into a former companion, Sarah Jane Smith, who is also investigating incredible results.

School Reunion is quite a major milestone for the revived series, as it finally explicitly confirms its connection to the original series.  This is something that had been previously alluded to in the first series, however, it demonstrates confidence here in the second series that the new followers of the show will accept a previous companion returning to the show.  Bringing back Elisabeth Sladen as Sarah Jane seems like a bit of a no-brainer really, as the character is one of the most easily recognisable companions from the ‘Classic’ era of the show, having served as a companion to both Jon Pertwee and Tom Baker.

Oh, I should think so!

John Smith.  I used to have sometimes went by that name.

He was a very uncommon man.  Nice to meet you.

School Reunion sees David Tennant at potentially his best if watching chronologically through his era.  The moment where the Doctor, under the guise of John Smith, spots Sarah Jane for the first time is so well played and Tennant’s enthusiasm at acting alongside Sladen is clear here, equalled only by his reaction when K-9 is unveiled in the back of Sarah’s car.  Tennant and Sladen have some great and easy chemistry which really helps with the idea that this is the same man who travelled with her through time and space.  Sarah does harbour a considerable amount of resentment for how her time with the Doctor ended, with her being left in Aberdeen rather than Croydon.  Equally, there is tension between Rose and Sarah Jane, which I feel is one of the stronger parts of the episode.  This story really brings it home to Rose that there have been other people to travel with the Doctor and almost bursts the smugness that seems to be prevalent in the second series.  The moment where they argue and compare experiences, ultimately realising how silly they are being and mocking the Doctor’s eccentricities is really lovely.  It almost promises an improvement in Rose’s attitude, but it does feel a bit like an immediate step backwards at the conclusion, where Mickey wants to travel with the Doctor.  Noel Clarke continues his upwards trend and Mickey is much more likeable and much more useful as a companion now than he would have been during the first series.  His realisation that he is the equivalent of K-9 is fantastically well played.

The Krillitane are a good villain for this story and the set up of them taking the place of teachers at the school works really well.  I particularly like the callback when Rose talks about how she thought teachers used to sleep at school, only to find that the Krillitane are asleep in the Headmaster’s office.  Anthony Head is another strong element of this episode, as there is something otherworldly about his appearance, with his slicked-back hair and the way he carries himself which makes it utterly believable that he could, in fact, be an alien disguised as a human.  The Krillitanes’ scheme is also quite effective and gives the Doctor, Rose and Sarah Jane pause for thought, offering the Doctor the opportunity to change the outcome of the Time War, and both Sarah and Rose the opportunity to travel with the Doctor forever.  It does seem as though this opportunity might tempt the Doctor enough here, only for Sarah’s speech to Finch to snap him out of it, and it is nice to see the Doctor potentially swayed by an enemy’s plan for once. 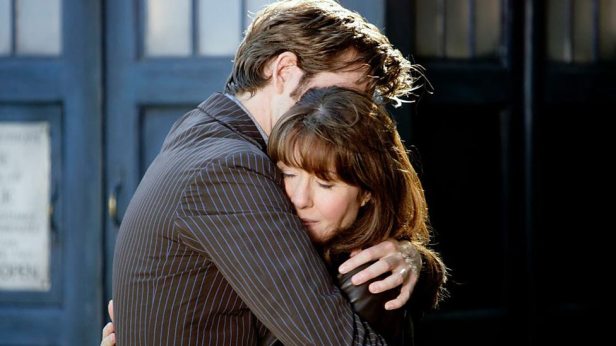 School Reunion is perhaps unique in demonstrating the impact travelling with the Doctor has on his companions’ lives and their struggles in adapting to life after the Doctor.  It doesn’t even seem to have occurred to Rose that there is any potential event that might mean that the Doctor would leave her behind, despite Jack having been left behind only a few episodes earlier.  In bringing back Sarah Jane, we see a companion who has had time to deal with being left by the Doctor, however, there is still some uncertainty and lingering doubts as to whether it is due to something that she did wrong which meant that the Doctor did not return for her.  It’s a really superb depiction of what losing that way of life means for people and it’s nice to see Doctor Who actually address that.  The scene at the end of the episode where Sarah finally gets a proper goodbye from the Doctor is really touching.

Did I do something wrong?  ‘Cause you never came back for me.  You just dumped me.

I told you.  I was called back home and in those days, humans weren’t allowed.

I waited for you. I missed you.

Oh, you didn’t need me.  You were getting on with your life.

You were my life.

Verdict: A really good episode that sees a past companion return.  The central performances are all really good, and it has a good one off villain.  9/10

The confrontation between the Doctor and Mr. Finch in the swimming pool is a highlight, as is the meeting between Sarah and the Doctor once she’s seen the TARDIS.

Their lives are so fleeting.  So many goodbyes.  How lonely you must be, Doctor.  Join us.

I could save everyone.

I could stop the war.

No.  The universe has to move forward.  Pain and loss, they define us as much as happiness or love.  Whether it’s a world or a relationship, everything has its time.  And everything ends. 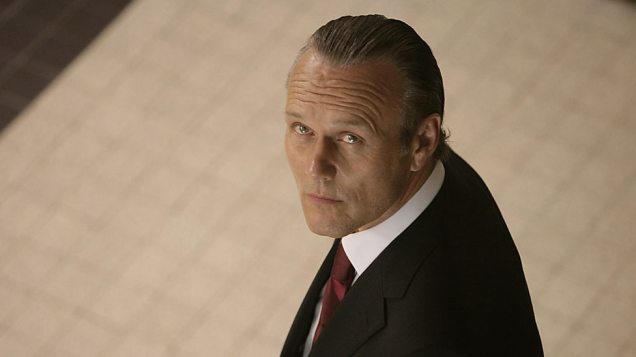