Marco Polo was the fourth serial of Doctor Who, initially broadcast from 22nd February to 4th April 1964.  Sadly, this story is the first which is completely lost from the BBC’s Archive, although telesnap reconstructions do exist, with a condensed thirty-minute version being released on the DVD release of The Edge of Destruction.  Rather ironically, this story was one of the most distributed stories of Doctor Who in this era, which means that it is the story that has probably been wiped the most of all the missing episodes.  However, it does also mean that there is a higher probability of its return to the BBC Archive.

Marco Polo does contain some notable firsts, though.  It marks the first and only time that a broadcast story of Doctor Who linking narration and maps to allow the viewer to follow the narration more closely.  This was provided by guest star, Mark Eden, although originally it was supposed to be split between the Doctor, Ian and Barbara.  It is also the first story to feature a historical figure in the shape of Marco Polo, and rather intriguingly, the first story considered for treatment for the move to the big screen by the Walt Disney Corporation, of all people!  This fell through, however, and the Doctor’s adventures with the Daleks were adapted instead.  Finally, the story features the TARDIS being used as a plot point for the very first time, rather than as simply a means of transport.

In terms of the story, it does seem to marginalise the companions a little bit more than what came before.  William Russell in particular was annoyed by the reduced role played by Ian in this story, however, Carol Ann Ford lists it amongst her favourite serials.  The Doctor seems a bit softer here following the events of The Edge of Destruction and he certainly seems more recognisable as the Doctor in this story.  Also, rather remarkably for the time, the story does depict a multi-ethnic group, which is a positive for this story.

The TARDIS lands in Central Asia in 1289, with the Doctor and his companions joining the travelling caravan of Marco Polo, the Venetian explorer.  Travelling from the Pamir Plateau, through the Gobi Desert and into Imperial Cathay, they encounter many dangers, before meeting the aged Kublai Khan in Shang-Tu.  Travelling to Peking, the TARDIS team save Khan from an assassination team before travelling off in the TARDIS. 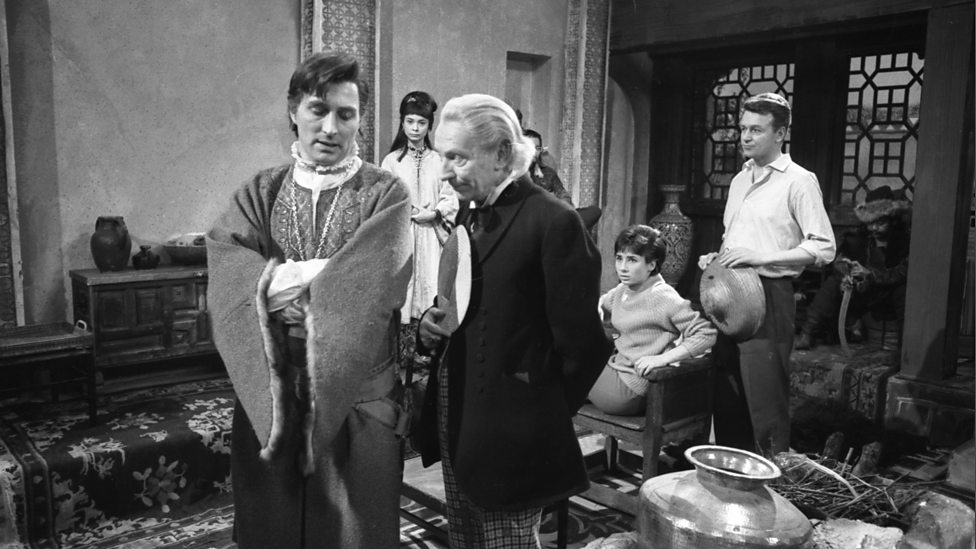 Director: Waris Hussein and John Crockett (Part 4: The Wall of Lies only)

Parts: 7 (The Roof of the World, The Singing Sands, Five Hundred Eyes, The Wall of Lies, Rider from Shang-Tu, Mighty Kublai Khan, Assassin at Peking)