I think you’ll find the Prime Minister is an alien in disguise!  That’s never gonna work, is it?

The Ninth Doctor and Policeman

With the Slitheen family planning to destroy the Earth to sell off for fuel and the Doctor, Rose and Harriet Jones trapped in Number 10 Downing Street, the fate of the human race is in the hands of one man: Mickey Smith.

Like the first part of this two-part story, I find World War Three to be utterly frustrating in times, especially when there are more interesting elements, in my opinion, begging to be explored.  The second part has the same issues with tone, with the broadly childish characters of the Slitheen family plotting nuclear armageddon and repetitive Scooby-Doo style chase sequences.  There are also parts that feel a lot like padding to get the episode up to the 45 minute mark – the Slitheen constantly feel as though they are constantly undressing from their rubbery suits, which can only be down to the episode falling short.

One positive, however, is the development of the character of Mickey.  In his previous appearance, he has been portrayed as the idiot, however, this story takes the opportunity to really do him justice.  In my review of Rose, I spoke about how I dislike how easily Rose abandons Mickey in the episode’s closing moments, and here we get to see that the Doctor has re-evaluated him by the conclusion of this episode’s events, offering him the opportunity to come and travel with him.  His character has not made a jarring change but instead has made the first steps towards a more believable change.  Potentially there hasn’t been enough groundwork laid for it to be believable that Mickey is capable of saving the day, however, I enjoyed the opportunity for the character to be useful rather than just being there.  Noel Clarke deserves credit for making this version of Mickey seem like a logical progression rather than an overnight change though.

I just went down the shop and I was thinking, you know, the whole world’s changed.  Aliens and spaceships, all in public.  And here it is.  How can they do that? They saw it.

They’re just not ready.  You’re happy to believe in something that’s invisible, but if it’s staring you in the face – “Nope! Can’t see it”.  There’s a scientific explanation for that.  You’re thick.

Well…not all of you.

Mickey Smith and the Ninth Doctor

Christopher Eccleston again does do the best he can with a rather subpar script.  The scenes with the Doctor trapped with Rose and Harriet Jones in the Cabinet Room are some of the highlights of the story with the Doctor trying to work out how to stop the Slitheen whilst Jackie questions whether he can guarantee her daughter’s safety.  There are other great parts of his performance as well, especially his broad grin when he re-enters the TARDIS at the end of the story and his speech to Rose about the Horsehead Nebula.  He is especially at his best when he is responding to Margaret Blaine’s incredulous reply to the fact that he believes that he can stop the Slitheen despite being completely trapped.  He even gets to bluff when he talks about triplicating the flammability of the alcohol which is a lovely moment.  Penelope Wilton as Harriet Jones also feels as though she’s doing the best with this story and the pair of them add some gravitas to this generally and at least keep me entertained for the majority of the episode.  Harriet Jones has some lovely moments, even minor ones like telling the Doctor to pass the drink to the left first, which demonstrates that even in a crisis she doesn’t forget basic rules of manners and etiquette.

The elephant in the room here is the Slitheen family from Raxacoricofallapatorius.  The reveal of their home planet is just the latest revelation about these ridiculous creatures that irritates me.  I appreciate that Doctor Who is a family show, meant to provide something for everyone, however, I feel that the flatulent, booty shaking villains are frankly just too childish even for this general audience.  They are pretty incompetent villains too, demonstrated by the fact that the very weapons that they use to incapacitate the experts are also capable of harming them too, and they seem pretty ineffectual at hunting too.  Only the policeman who hunts Mickey and Jackie really seems to know what they’re doing, and this isn’t helped by scenes that wouldn’t feel out of place in Scooby-Doo or a Benny Hill sketch.  Ultimately though, their plan is quite interesting: they want the UN to give them access to the nuclear codes under the pretence of an alien threat in space, then use nuclear weapons to destroy the planet and sell the remains off for a profit.  However, with the flatulence and ridiculous undressing scenes and desires to be naked, it’s difficult to take them as seriously as the story demands, undermining the threat and damaging the tone of the episode.  I will praise Annette Badland, who puts in a good performance as Margaret Blaine in spite of some pretty cringe-worthy dialogue as I think she’s the best of all of the villains in the piece.

I feel that this story also neglects potentially the most interesting element.  The story begins in Aliens of London with Rose returning home 12 months after she left with the Doctor, and shows in a limited capacity the effect that this has on those left behind.  This is the first time in Doctor Who history that this kind of issue is even flagged up, and it is surprising that Davies, with his more domestic storytelling, doesn’t focus on this more.  Jackie, despite her concerns, still seems to grudgingly accept that she can’t stop Rose travelling with the Doctor, and it still bugs me that there’s no lasting consequence on the relationship between Jackie, Rose and Mickey due to the fact that the latter was suspected of her murder for an entire year.  Whilst it’s nice to see this issue brought up in the show, I feel that it could have been handled a whole lot better.  That being said, however, the scenes where Jackie pleads with Rose in vain for her to stay and the moment where she looks at her watch for ten seconds after the TARDIS dematerialises are utterly heartbreaking. 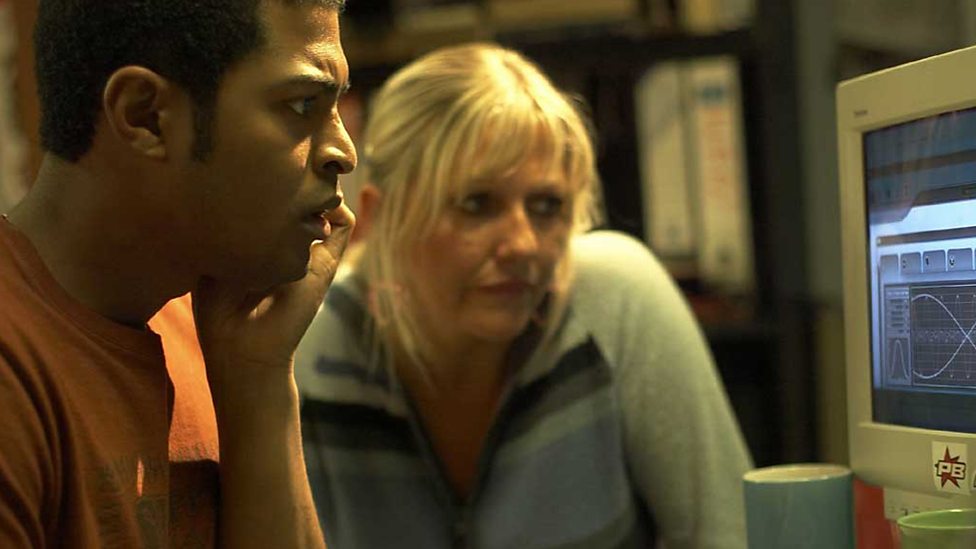 Verdict: A story that has some more interesting ideas but fails on execution.  3/10

The scene where Rose and Harriet fire facts about the Slitheen at the Doctor to work out where they come from and how to fight back against them.

I’ve seen this life of yours, Doctor.  And maybe you get off on it.  And maybe you think it’s all clever and smart.  But tell me, just answer me this: Is my daughter safe?

Is she safe?  Will she always be safe?  Can you promise me that?