When I left you with that psionic beam, Brigadier, I said that it was only to be used in an emergency!

This is an emergency!

Oil? An emergency? Ha! It’s about time the people who ran this planet of yours realised that to be dependent on a mineral slime just doesn’t make sense.

The Fourth Doctor and Brigadier Lethbridge-Stewart

The Doctor, Sarah Jane and Harry answer the Brigadier’s summons to Scotland, where something has destroyed three oil rigs.  When pieces of the wreckage are found to have teeth marks, the investigation inevitably leads to Loch Ness…

With this kicking off the first series that producer Philip Hinchcliffe and script editor Robert Holmes had full control over, Terror of the Zygons seems to have much more of a gothic angle which becomes synonymous with the Hinchcliffe era.  Like Robot before it, there is the potential to say that this is a Third Doctor story that just happens to feature the Fourth Doctor instead, however, this serves as a much better departure from Baker’s predecessor’s era, with the story feeling all the more different for the slightly more ambivalent and alien Fourth Doctor. 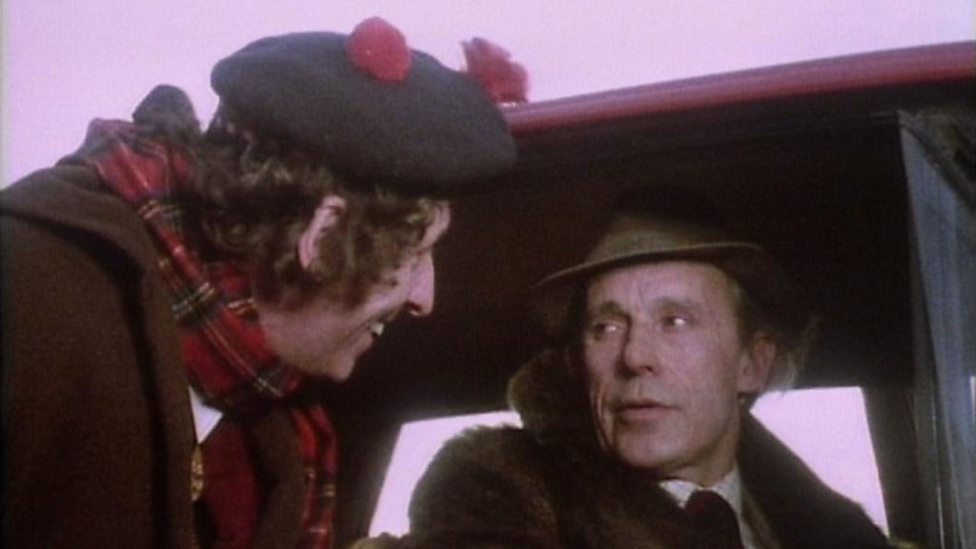 I really enjoy this story.  Robert Banks Stewart’s debut story is really strong, full of great lines and memorable moments, which is all the more surprising when you take into account the fact that he had never seen Doctor Who before.  His script balances humour and science fiction concepts balance nicely into the script, even despite some Scottish stereotyping – the story is top and tailed by characters talking about haggis, bagpipes and a joke about the frugal nature of the jokes.  This feels slightly less malicious than other nation’s stereotyping in Doctor Who, possibly because Banks Stewart was Scottish.  The story feels like a spy thriller in places, with the audience not being certain who they can trust at times.  The scene in the barn between Sarah Jane and the Zygon duplicate of Harry is superb and it really feels like a much better send-off for UNIT than Robot, even if Harry’s departure from the TARDIS team seems very poorly handled.  However, the Brigadier gets a good part to play in the story and it is fitting that the antagonist in his final appearance is susceptible to bullets.

The titular enemy are hardly original, however, owe a lot to production design and direction, which make them a truly memorable villain.  The reveal of the Zygon during the first part is superbly executed by Camfield, with the appearance of the Zygon’s arm, then the briefest glimpse of the eyes.  This builds up anticipation for their eventual reveal at the end of the first part of the story, which is superbly executed.  The impact of the Zygons owes a lot to some superb production design of both their costumes and their spaceship, which feels a lot more organic than spaceships of this era and certainly makes them look striking.  Sadly, some of their threat is undermined by the Skarasen, with the practical effect look really poorly executed, especially in the climactic scenes of the final part, which ultimately lets the episode down.   It is to the story’s credit that it doesn’t completely derail it.  The story also struggles to regain the pace after Broton tells Harry everything about the Zygons, including their ultimate plan to conquer the World using the Skarasen.  This exposition dump does make the closing part feel particularly anti-climatic. 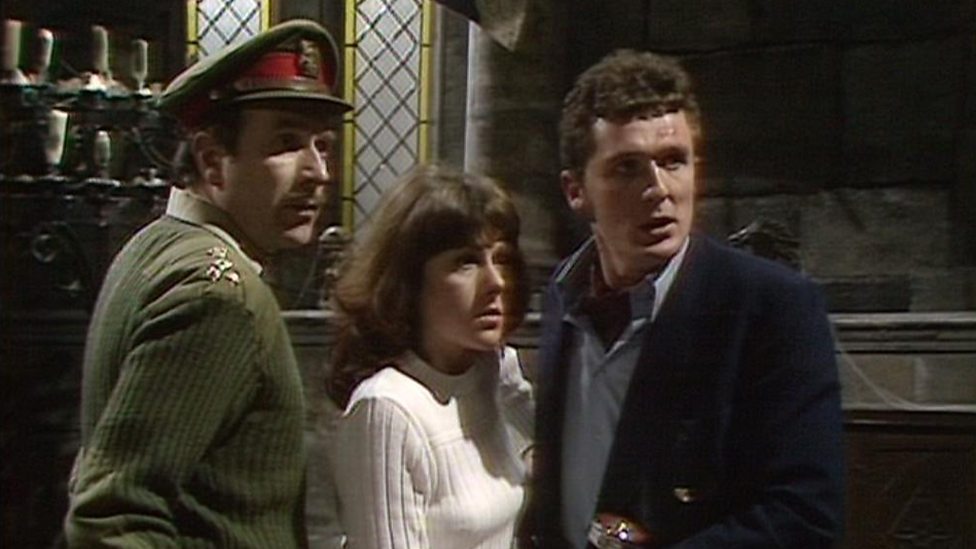 The TARDIS team are all on top form here, even if Harry’s departure feels very sudden.  For production reasons, I can see why he may seem redundant, however, I really like the character despite his old fashioned nature, and I really like having two companions as it enables the team to go off and investigate separate elements of the plot more effectively.  For instance, the Doctor is able to go off with the Brigadier, Sarah can investigate the pub and Harry is able to investigate the shoreline where wreckage of the oil rig has washed ashore.  Tom Baker gives a great performance as the Doctor and his performance here really emphasises the difference between himself and the previous actors to play the Doctor.  Whilst Pertwee may have flown off the handle at authority figures to do with the oil rig, this incarnation of the Doctor doesn’t seem quite so fiery or so concerned with human matters and really comes across as an alien.  It sounds obvious, but Elisabeth Sladen is as brilliant as ever, and this is a bright start to a new tone of Doctor Who stories.

Verdict: A slick, well directed story which is let down by a lack of tension towards the conclusion and poor practical effects for the Skarasen.  8/10

The scene with the Zygon-Harry and Sarah Jane in the barn is a highlight – it is beautifully directed by Douglas Camfield.

You can’t rule the world in hiding.  You’ve got to come out on the balcony sometimes and wave a tentacle.

One thought on “Terror of the Zygons”